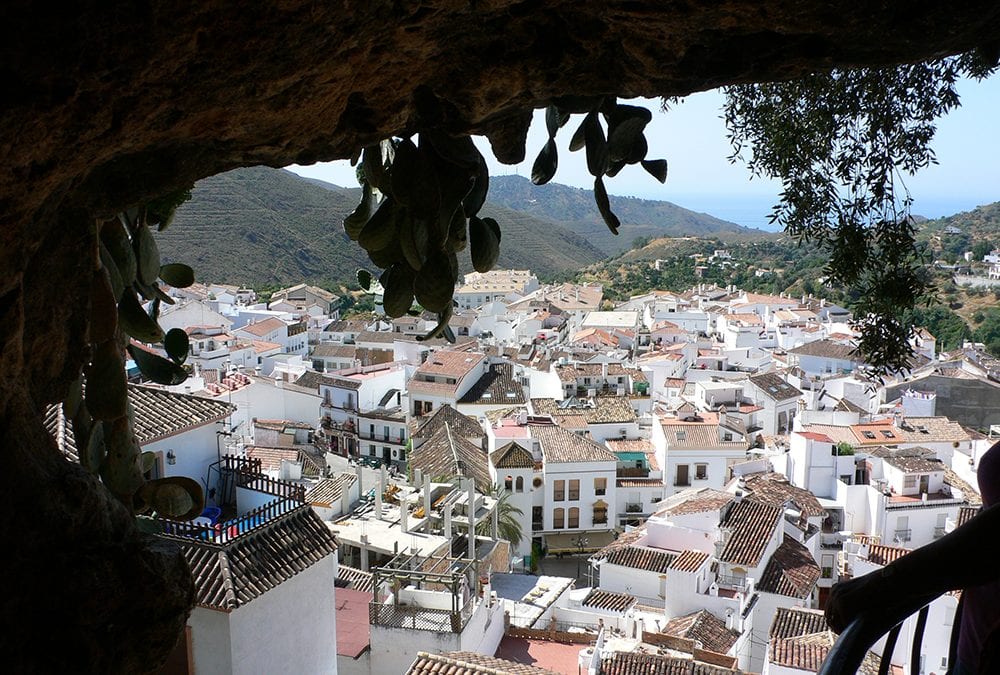 If you’ve read any guide books or visited Costa del Sol estate agents in your search to find the perfect property for sale on the Costa del Sol, you have most likely heard about Andalucia’s pretty white villages (Pueblos Blancos). Ronda is probably the most famous of them all, known for its incredible gorge and as the favourite holiday destination of Ernest Hemingway the author of ‘For Whom the Bell Tolls’. However, you may not know that there are over 100 towns and villages of varying size on the Costa del Sol, each unique in character and attractions. Of course it’s impossible to cover them all, but we can give you a lightening tour of some of the most interesting villages in the province of Malaga to pique your interest.

Although not technically on the Costa del Sol, El Chorro is a small village located next to the town of Alora in Antequera. You may not be familiar with El Chorro, but you may recognise the name as it is the location of the famous Caminito del Rey (King’s little pathway) running for 3km along the 400 metre high El Chorro Gorge. Needless to say the rugged natural surroundings have made this area a magnet for climbers, mountain bikers, hikers and campers. It was also listed as one of Lonely Planet’s pick of top new travel experiences in 2015.

If you‘re a nature lover, you will love Ojén. It is a small mountain village located just a few kilometres to the north of Marbella nestling between the sea and the Unesco Biosphere Reserve – Sierra de la Nieves.  Just before you enter the town you’ll see a viewing platform which affords a spectacular view of the village, mountains and the coast. The village has several claims to fame; it was known for producing the distinctive Spanish tipple ‘aguardiente’, Julio Iglesias is rumoured to own an estate in the surrounding countryside and every year the village welcomes musicians from all over Spain to its annual Flamenco Festival.

If you are looking for spectacular views of Gibraltar and North Africa, this tiny whitewashed mountain village located 67kms from Marbella, close to Ronda (often referred to as the Balcony of the Ronda Mountains) hits the spot. At more than 600 metres above sea level, you will need a head for heights when traversing the extremely vertiginous access road. Once there, the dramatic backdrop and rural surroundings of cork forests are both thrilling and relaxing, it’s attraction to international artists, writers and British expats who want to buy a holiday home on the Costa del Sol, soon becomes apparent.

The white village of Istán certainly enjoys the best of both worlds; located just 15kms inland from Marbella and 20 minutes’ drive from Puerto Banús. Once you leave the crowds of the coast you will be immediately hit by the sense of history, slower traditional pace of life and impossibly quaint white terraced houses. What’s more, it is arguably one of the most peaceful locations on the coast, due to the close proximity to the Sierra de la Nieves Nature Park.

Located around 12kms inland between Estepona and Sabinillas, Casares is the most easily accessible and one of the prettiest of the Costa del Sol’s vertiginous cliff side white villages. As with much of Andalucia there is evidence of the region’s history, Casares has both a hilltop Moorish castle and nearby Roman sulphur baths. It is the Roman baths which are said to have been visited by Caesar that gave the village its name. It is also the birthplace of Blas Infante ‘the father of Andalucia who fought for the area to become a self-governing autonomous region. A walk through the cobbled streets lined with whitewashed houses which seem to jostle for space or the town square will give you a glimpse at the real Spain where the pace of life is much slower.

If you would like further information about the lifestyle, towns and villages in Andalucia or you want help finding the perfect property for sale on the Costa del Sol, contact info@bromleyestatesmarbella.com.