Caminito Del Rey to be extended 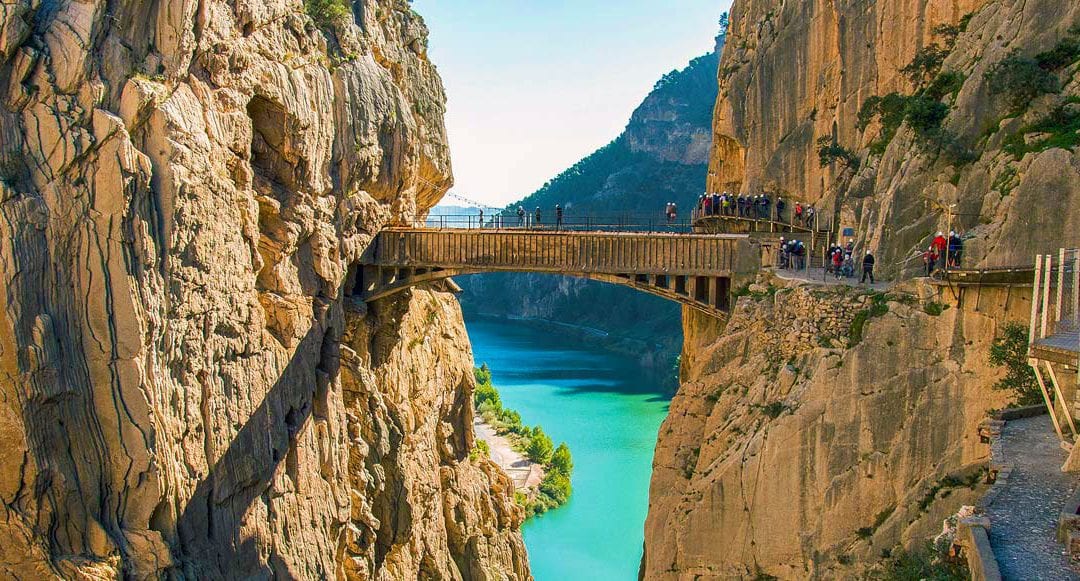 This was announced in provincial celebrations in Monda by the president of the Malaga provincial government. The well-known and breathtaking natural attraction in El Chorro near Ardales currently covers seven kilometres, including the “daredevil” gorge side path as well as the surrounding woodland.

The proposed extension estimated to be between 5.5 and seven kilometres long, will turn the walk into a circular route so it starts and finishes at the same point. At the moment, the current route is linear and one-way, so transport is required to get back to the starting point.

This tourist attraction is a real draw into the area with higher visitor numbers each year for those who love thrills and nature. Just one of the many reasons to visit Spain and come a little inland to discover some of the countries real treasures.

The Caminito Del Rey (or “King’s Pathway”) was originally built in 1901 as part of king Alfonso XIII’s ambitious hydroelectric energy project to unify three rivers. It was re-opened after refurbishment in 2015 and the new path is genuinely like few other places on earth. At its highest, it’s the closest you can come to feeling like an action hero.

The provincial authority recently met with the regional minister for the Environment, José Fiscal, and the local councils involved (Álora, Ardales, Valle de Abdalajís, Antequera, Pizarra and Campillos) to get the project off the ground.

It was explained that the new section of the route would include more raised walkways around the mountainside and take visitors through beautiful natural spaces that are not normally accessible to walkers.

There was no fixed timeline given and the project will be carried out as soon as possible, although it was pointed out that the new section would not be as complex as the first one to build.

If this is something you’d like to experience, booking in advance is required as only 600 walkers, all wearing hard hats, are allowed up on any one day.