Spain ranked fifth in the world for Michelin stars 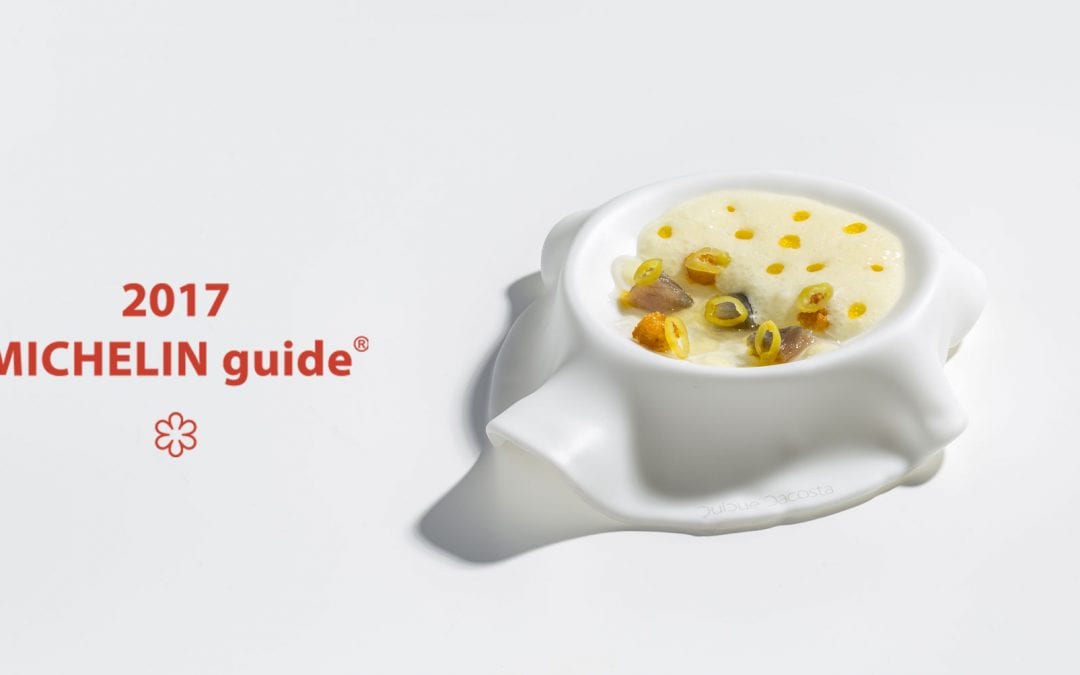 Spain is well loved for its balmy climate, warm natured people, fabulous amenities and glorious coastline but it is becoming well known for its gastronomy having its fair share of Michelin stars, ranking it fifth in the world in fact for number of Michelin stars.
With some of the finest and freshest ingredients to work with including manchego cheese, extra virgin olive oil, jamon iberico, fresh seafood, Spain boasts an incredible selection of cuisine and is a top producer of cava, wine and sherry.

So where can you find some of these gems?

Costa del Sol/Costa Blanca: The region’s sole 3-star is Quique Dacosta in Denia on the Costa Blanca, halfway between Barcelona and the Costa del Sol. The 2-star Dani García in Málaga, named after its chef, whose personal slogan is “cooking with tradition.”

Costa Brava: The 3-star El Celler de Can Roca in Girona has twice topped the vaunted World’s 50 Best Restaurants list, and is currently third, arguably Spain’s most famous eatery.  Miramar and Les Cols, also in Girona, round out the region’s 2-star winners.

Barcelona: Martín Berasategui is the nation’s only chef with multiple 3-Michelin starred eateries. His eponymous one is in San Sebastian, but his cuisine is more accessible at its sister restaurant Lasarte, Elsewhere in Barcelona, Abac, Enoteca and Moments are the city’s trio of 2-star winners for 2017.

Balearic Isles: For hardcore foodies, Mallorca has far and away the wealthiest fine dining selection in the island group, including the only 2-star, Zaranda. Mallorca is home to half a dozen 1-stars: Jardín, Es Moli d’en Bou, Andreu Genestra, Es Racó d’es Teix, Simply Fosh, and Es Fum.

In this vast country if you are looking for a gastronomical feast of Michelin starred quality you will surely find somewhere that whets your appetite. Along the Andalusian coastline there’s a great selection of fine dining to be had in Marbella and Puerto Banus with the resort of La Cala de Mijas vying for a top feasting spot too.