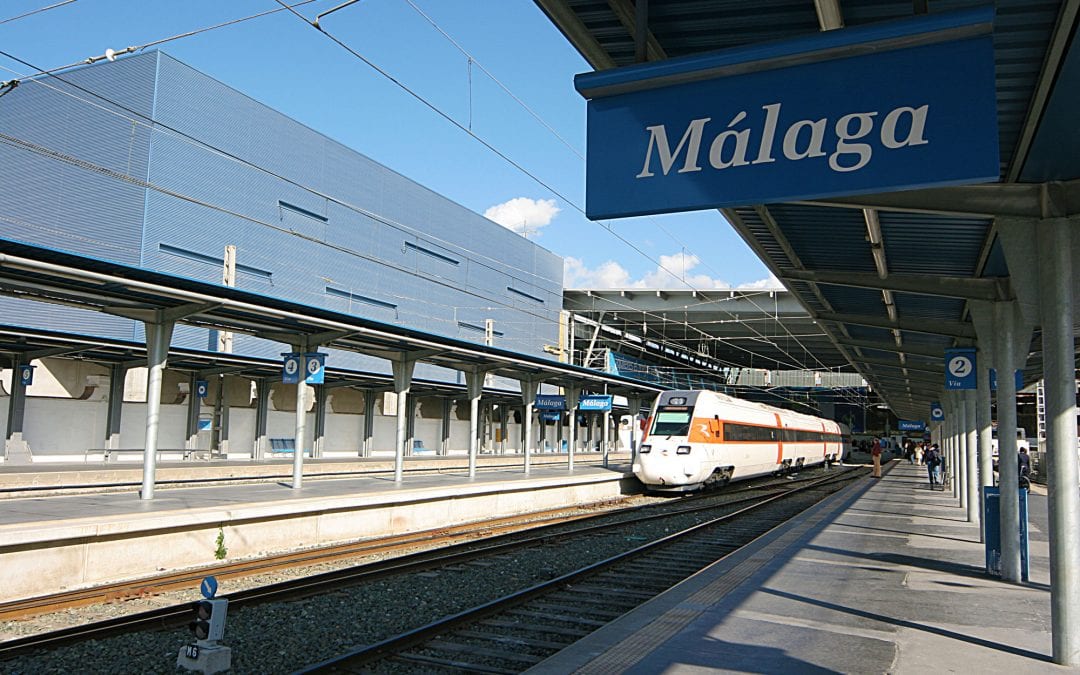 The infrastructure in Spain is key to boosting sustainable tourist numbers and the AVE ends 2017 with 2.4 million passengers proving high speed train travel is popular for tourists and locals alike. Plans are also under way for new services such as a connection to Granada and faster service to Seville.

On 23 December 2007, a high-speed train arrived for the first time at Malaga’s main railway station, María Zambrano. The arrival of a Series 103 at about 12.30pm was a historic moment in Malaga province with the commercial service beginning the following day.

The service is marking its first major anniversary in fine form, with 20.5 million people having travelled between Madrid and Malaga during that time, and it has reached a new record this year with more than 2.44 million users. That is about 3.8 per cent more than last year.

Rail is the perfect way to travel, it allows for you to see the natural beauty of the country as you travel through it. Timeless and romantic, yet modern and high speed, if you haven’t enjoyed a journey by train we would highly recommend it.

Over the past ten years more direct connections have been added, with cities such as Barcelona, Zaragoza and Valencia, and next year there will also be a service to Granada. The journey to Seville from Malaga is also expected to become much faster in 2020. Lines are being built to other destinations as well, so the AVE high-speed services will continue to expand in coming years. The whole rail network with its epicentre in Malaga has been used by 27.5 million people since 2007.

The AVE has brought Malaga and Madrid closer together with an optimum journey time of just over two and a half hours, especially impressive for the inhabitants of the Spanish capital, where any journey within the city can take around an hour. From a business perspective, it can be said that the Costa del Sol has already become a technology park and hub for investment which is accessible from Madrid, and from a tourism point of view, it has become one of three major destinations for those seeking sunshine and beaches, together with Valencia and Alicante.